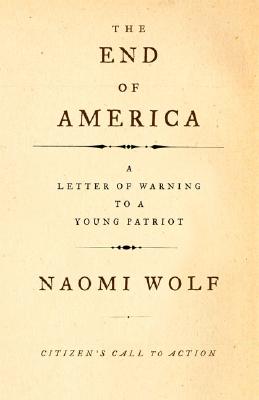 The End of America: Letter of Warning to a Young Patriot

In a stunning indictment of the Bush administration and Congress, best-selling author Naomi Wolf lays out her case for saving American democracy. In authoritative research and documentation Wolf explains how events of the last six years parallel steps taken in the early years of the 20th century's worst dictatorships such as Germany, Russia, China, and Chile.

The book cuts across political parties and ideologies and speaks directly to those among us who are concerned about the ever-tightening noose being placed around our liberties.

In this timely call to arms, Naomi Wolf compels us to face the way our free America is under assault. She warns us-with the straight-to-fellow-citizens urgency of one of Thomas Paine's revolutionary pamphlets-that we have little time to lose if our children are to live in real freedom.

"Recent history has profound lessons for us in the U.S. today about how fascist, totalitarian, and other repressive leaders seize and maintain power, especially in what were once democracies. The secret is that these leaders all tend to take very similar, parallel steps. The Founders of this nation were so deeply familiar with tyranny and the habits and practices of tyrants that they set up our checks and balances precisely out of fear of what is unfolding today. We are seeing these same kinds of tactics now closing down freedoms in America, turning our nation into something that in the near future could be quite other than the open society in which we grew up and learned to love liberty," states Wolf.

Wolf is taking her message directly to the American people in the most accessible form and as part of a large national campaign to reach out to ordinary Americans about the dangers we face today. This includes a lecture and speaking tour, and being part of the nascent American Freedom Campaign, a grassroots effort to ensure that presidential candidates pledge to uphold the constitution and protect our liberties from further erosion.

The End of America will shock, enrage, and motivate-spurring us to act, as the Founders would have counted on us to do in a time such as this, as rebels and patriots-to save our liberty and defend our nation.

Title: The End of America: Letter of Warning to a Young Patriot

A Solemn Warning to the Secure World, From the God of Terrible Majesty REPRINT 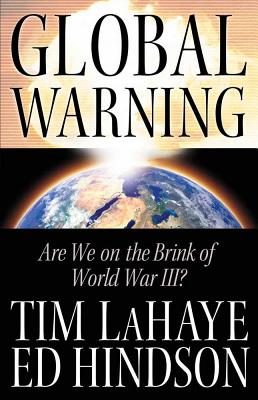 Global Warning: Are We on the Brink of World War III?

Signs of Warning Signs of Hope: Seven Coming Crises That Will Change Your Life 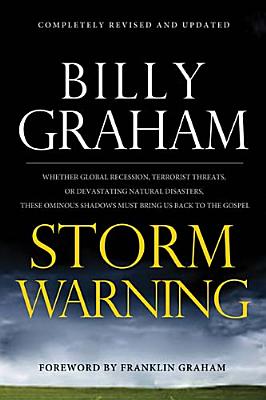 Storm Warning: Whether Global Recession, Terrorist Threats, or Devastating Natural Disasters, These Ominous Shadows Must Bring Us Back to the Gospel 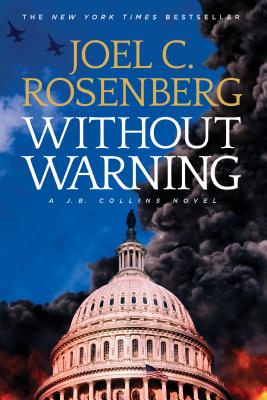 Without Warning: A J.B. Collins Novel 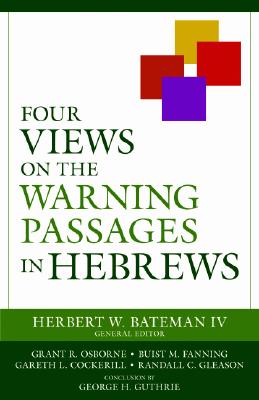 Four Views on the Warning Passages in Hebrews

America: Founded As a Christian Nation?

The End of America: Letter of Warning to a Young Patriot